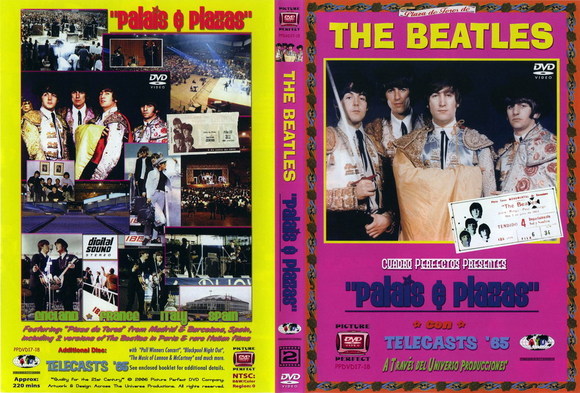 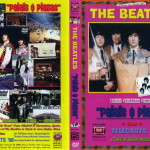 Free Ground Shipping on all orders over $100

THIS BEATLES “PALAIS & PLAZAS: EUROPEAN TOUR 1965” 2 DVD SET IS A MUST FOR ALL BEATLES FAN’S…THE CONTENTS OF THE SET IS LISTED BELOW…!!

The Beatles “Palais & Plazas” with “Telecast ‘65″Disc 1: “Palais & Plazas” A comprehensive documentary of the 1965 June/July European Tour with stops in France, Italy, and Spain. A complete concert from Spain highlights this disc. The Beatles Meet Paris· Departure for France – Heathrow Airport: Raw footage from archival tape.·

The Beatles Meet Paris – Broadcast Film Version: Unseen since its 1965 broadcast, this is the Paris Concert as it originally aired on French TV. This version does not have the tape damage/jitters that plague the videotape version.· The Beatles Meet Paris – Original Video Tape: The classic Paris concert in direct video. We have done a new transfer, re-mastered the sound and present the concert in its original track order. Only the videotape version contains “I Feel Fine” as it was not seen in the original broadcast.The Beatles in Italy·

Los Beatles En Espana (original newsreel) – Making its premiere from the master tape.· Madrid / Barcelona Concert: Making its world debut is this complete 30-minute concert compiled from newsreel footage from both Madrid and Barcelona. Several years in the making, this archival footage was silent and out of sequence. Nearly 100 video edits and locating audio from the tour were required to restore this to its present form.

This segment contains previously unseen press conference footage (versions 1-2). · The Music of Lennon & McCartney: We end the collection with a real treasure. For the first time ever, we present this special from the original station master tape. All previous versions of this Granada TV special have been taken from a later re-broadcast. This version contains the original production slates, has incredible sound quality, and looks better than ever!

**** Including Case, Printed Disc and High Quality Printed Cover.
( If you can not pay here ON the site Send a PayPal Invoice in the Email )

NOTE: This region-free DVD-R is in NTSC or PAL format and will play on most PS2 systems and DVD Players made since 2000